Economic concepts of the “effortless advantage” and “value uplift” are important from a property investment and development perspective. These concepts refer to when improvements in infrastructure and amenity, such as new transport networks or shopping facilities are capitalised into surrounding land values. Consequently, the significant level of public and private investment committed to the Gold Coast represents a strong opportunity for residential investment returns to be maximised.

The Gold Coast currently has a $30 billion pipeline of private and public development spanning the next decade. Around 340 infrastructure projects valued at almost $13.2 billion are planned, in progress or have been recently completed across the Gold Coast region. With some $2.4 billion of projects completed in the previous 12 months, an additional $3.4 billion worth of projects remain in progress and a further $7.2 billion are in the planning phase.

The most exciting game changers on the list include:

The rebranded Jupiters Casino, now known as The Star Gold Coast, is in the midst of an $850 million upgrade and expansion as part of a potential $3.5 billion masterplan for Broadbeach Island. So far 596 pre-existing hotel rooms have been refurbished and a new hotel known as The Darling has been constructed featuring 56 luxury suites. The Darling features private gaming rooms, butler services, a new luxury pool side area and 11 new food and beverage offerings including the acclaimed one-hatted Japanese restaurant Kiyomi. To follow is the first of up to five potential high-rise mixed-use towers to be built on the Star Casino site. Known as Project Lift, major refurbishment and expansion of the Gold Coast Airport is well under way. A terminal upgrade will expand the range of retail outlets and improve passenger processing capacity. Five additional aircraft parking stands, associated taxiways and improvements to ground transport will lead to faster more efficient services. Once completed, the new facilities will provide additional flight capacity to meet demand forecasts to 2023.

Approximately 230 full time jobs will be created during construction, while an average of 180 additional full-time workers will be employed once the expanded terminal is completed. The development is expected to generate additional tourism expenditure of around $62 million per year and contribute approximately $426 million to GRP over 20 years.

The new Gold Coast Cultural Precinct is being developed in various stages over the coming decade on a 17ha site at Evandale. So far, the versatile outdoor stage and concert lawn envisaged by ARM Architecture has been completed on time and on budget. Designed for artistic, cultural and civic events, the area is able to cater to up to 5000 people. A shared pedestrian and cycling bridge to connect the precinct to Chevron Island and on to Surfers Paradise is set for completion in 2019. This is to be followed by the delivery of an international-standard art gallery with a “Great Hall” and “Central Art Tower”. Future stages include plans for performing arts facilities, and the precincts central “Great Terrace” with recreational areas, art installations, food stalls and popup kiosks.

Planning for stage 3A of the Gold Coast Light rail to connect Broadbeach through to Burleigh Heads in the south has begun. Planning and consultation for Stage 3B which will extend the line to the Gold Coast Airport and Coolangatta is anticipated to follow in 2019. Stage 2 of the Gold Coast Private Hospital is under construction and will increase bed numbers from 284 to 340 and operating theatres to 23. The project was expected to start in 2019 but has been fast tracked to meet demand. 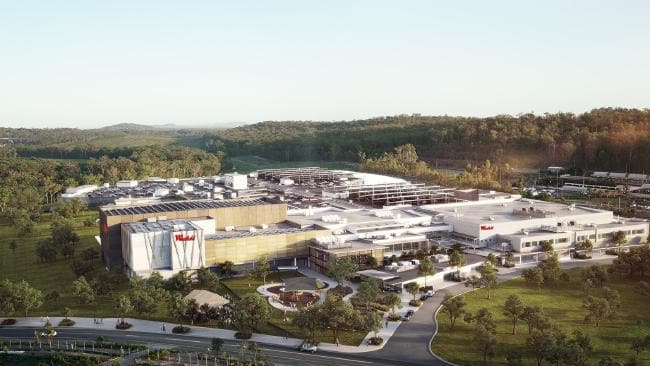