Mosaic in the news | 5 min read 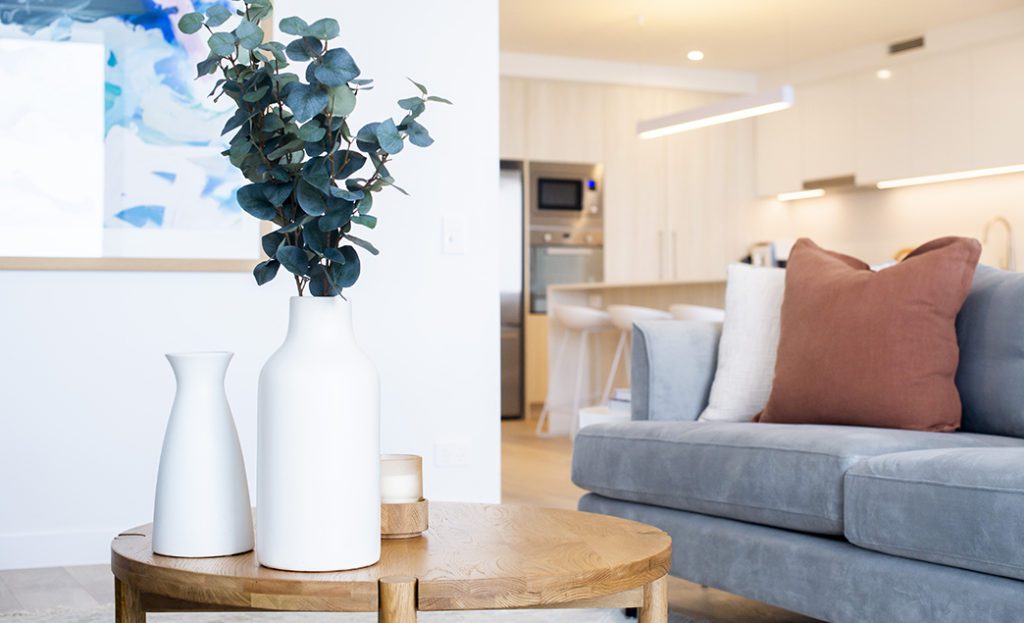 Mosaic welcomed 150 guests to a sneak-preview of Cyan’s exclusive penthouse apartment, as well as the entire fifth floor and a display apartment.

Guests came from near and far to fill their curiosity in the luxury King’s Beach residential apartment project at 21 Canberra Terrace, including neighbours, potential buyers, agents, and owners of other Mosaic apartments.

Congratulating Mosaic Property Group on its first Sunshine Coast project, Cr Dwyer officially opened the building from the penthouse terrace and reinforced his love for the Caloundra precinct.

Mosaic’s director of sales Anthony Hancock said the community’s overall response to Cyan’s open day was resoundingly positive and Mosaic would continue to make its mark across the Sunshine Coast region.

“Mosaic made a very conscious decision when we came to Caloundra to engage in the community,” Mr Hancock said.

“Our founders both live and raise their families on the Sunshine Coast, we are committed to the region.

“We love being here and we’re going to be here for a long time.”

Located just metres from Caloundra’s thriving CBD and Kings Beach, the project launched early last year sold out within months of its release.

Snapped up by interstate and locals alike, both owner-occupiers and investment buyers were keen to invest in the project and take advantage of the growing Sunshine Coast district.

The high-end apartment block comprises 31 apartments, topped with two luxury penthouses each with its own mezzanine level and private roof terrace, complete with a plunge pool installed at the buyers’ request.

Mosaic Property Group will continue to embrace South east Queensland’s Sunshine Coast with existing developments becoming community hotspots and its most exclusive project yet to come.

“We have two projects here in Caloundra,’’ Mr Hancock said. “Cyan is completed and the nearby Solis which is also sold out, will be completed later this year.

“We only have one penthouse remaining in our Coolum project, and we’re about to launch a marquee project in Maroochydore on the riverfront, Avalon by Mosaic, which will be our most prestigious project to date.’’

The display at Cyan is now open daily for viewing, and several apartments, including one penthouse, are now available for rent.