Mosaic in the news | 2 min read

The group paid $7.025 million for the 1797sqm parcel at 43-49 Peerless Avenue in an off-market transaction involving four separate properties.

Mosaic managing director Brook Monahan said the group was thrilled to acquire such a unique parcel and was eager to purchase more sites in key Gold Coast beachside hubs.

“The location is outstanding in terms of its proximity to the beach, future light rail, major shopping, public transport and the casino,” Mr Monahan said.

“We’ve identified enormous potential in these up-and-coming beachside suburbs and we are actively seeking more development opportunities along the Coast.”

Mr Monahan said the planned project would have approximately 90 apartments with many offering uninterrupted ocean views.

“The site is unique in that the properties to its south have a 3-storey height restriction, meaning that our building will offer permanent water views from level four and above,” he said.

The rapidly expanding group is based in Brisbane and has an office on the Sunshine Coast where it has three projects under construction and another to launch in late April.

Award-winning developer Mosaic has delivered 34 boutique residential projects since its inception in early 2012, with another 14 projects in construction or pre-delivery across South East Queensland. 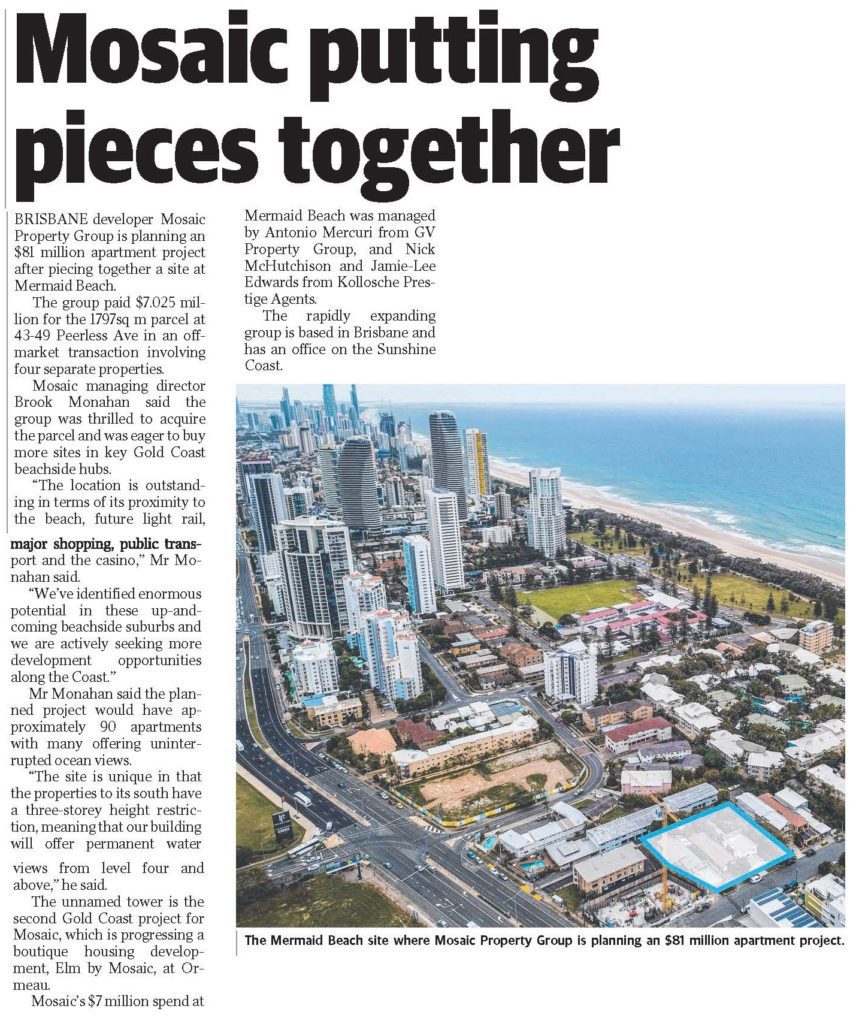